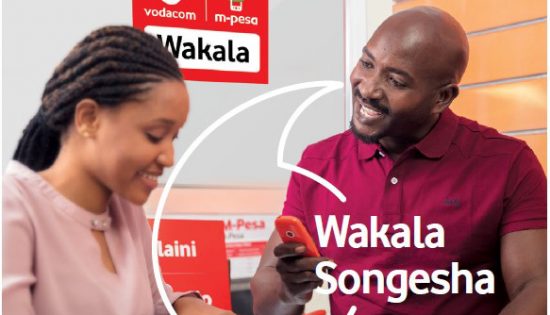 With virtually all transactions in developing countries conducted with physical cash, customers need a cheap and convenient way to convert digital money to physical currency, and vice versa, to meaningfully engage with digital financial services.

Agent networks have emerged to provide this critical service. Financial service providers identify, recruit, and train pre-existing businesses to perform financial transactions, including cash-in/cash-out, for customers on their behalf, making them agents of the provider. However, maintaining enough liquidity to provide cash-in/cash-out services to customers has proven to be a challenge for agent networks. In situations where an agent lacks enough liquidity, cash-in/cash-out transactions are denied, resulting in reduced commission revenue for agents and a negative impact on customer experience and their trust in agent networks and digital financial services more broadly.

Between December 2019 and June 2020, the product made over 300,000 overdraft disbursements to agents, totaling $2.2 million. The POC was successful in proving that Hapa Cash Overdraft addresses e-float-related agent liquidity management challenges while at the same time representing a viable commercial opportunity for all product partners.

For mobile money agents, the business impact of Hapa Cash Overdraft is significant.

Amosi has been working in the mobile money market for the last five years. First, he was an operator for three years for his brother’s mobile money business. Then, he established his own mobile money Kiosk in Makumbusho, Dar Es Salaam’s busy central bus station. Amosi has been using Hapa Cash Overdraft (Wakala Songesha) since June 2020. “Those extra ten or so transactions that I can do daily using Wakala Songesha add up. I made an extra 70,000 Tanzanian Shillings (about $30) in commissions the first time I used the product, without increasing my float”. For Amosi, who makes between 100,000 – 200,000 Tanzanian Shillings per month in M-Pesa commissions, this represents a significant increase. “The money has helped me so much. I have a daughter who is starting school soon. I am saving to make sure she can go to a good one”. Hapa Cash Overdraft has helped Amosi with the day-to-day operations of his mobile money kiosk. “If you leave even for 30 minutes to go to the bank to rebalance float, you can lose up to 20 customer transactions. Now, I use Wakala Songesha during the day and rebalance once in the morning before I open”.

Eliasifiwe is one of just a handful of mobile money agents operating in the quiet Dar es Salaam suburb called Mikocheni. He has a sound business and usually maintains 2 million Tanzanian Shillings of float in his M-Pesa agent account. Eliasifiwe began using Hapa Cash Overdraft to complement his existing liquidity management technique. “I use Wakala Songesha on the weekends, especially on Sunday, because even my super-agent isn’t working that day”. Like most agents, Eliasifiwe typically rebalances his mobile money wallets through a bank deposit or at his super-agent. Hapa Cash Overdraft is a need-based product available to agents when they have a low e-float balance and need to complete a cash-in mobile money transaction. “The primary benefit for me is convenience. Because of Wakala Songesha, I can still do cash-in transactions for my customers on a Sunday night until 9 or 10 pm, no problem. I repay my overdraft when I rebalance on Monday morning, and the cost isn’t bad at all”. Eliasifiwe, like many other mobile money agents, has a loyal customer base who rely on his services. “It would be a bad look if I ran out of e-float and couldn’t complete cash-in transactions. If you want customers to be loyal, an agent must be consistent. With Wakala Songesha, I am confident that I won’t have to send any customers away. I can continue to make money from transaction commissions and maintain a good reputation in my community as a reliable mobile money agent”.