FINCA helps Kyrgyz living in poverty access financial services to improve the quality of life for themselves and their families. 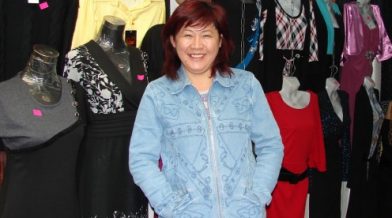 “I have a lot of customers at my shop who are in a difficult situation. I try to help them as I can; I counsel them about FINCA loans, and help them create their own FINCA solidarity groups. Many of them have received FINCA loans on my recommendation and have been able to start a new life as a result. I would not have this success without FINCA.”

Kyrgyzstan is a poor country. Though agriculture employs nearly half the population, it accounts for only one-fifth of the economy. Kyrgyzstan’s economy still hasn’t recovered from political and ethnic conflicts that destroyed much of the country’s infrastructure. Today, over a third of the population lives below the national poverty line.

Over 40 percent of the labor force is employed in the rural economy. However, agricultural lands have been degraded by various tactics, such as overgrazing and excessive logging. Without the ability to fully realize agricultural productivity, many rural-based Kyrgyz migrate to neighboring countries, like Russia and Kazakhstan, leaving families to depend on remittances for support.

When poor people have access to financial services and life-enhancing products, they can earn more, build their assets, create jobs and cushion themselves against external shocks. Since 1995, FINCA has been helping thousands of Kyrgyz improve their lives. FINCA offers financial services, such as loans, savings and money transfers throughout the country.