FINCA helps Kosovar living in poverty access financial services to improve the quality of life for themselves and their families. 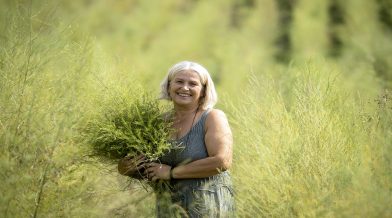 Shadije Asllani is a successful asparagus farmer in Kosovo. She used microfinance loans from FINCA to realize her dreams.

With a multi-ethnic population and a long history of conflict, Kosovo is the poorest country in Europe. Less than a third of the population lives below the national poverty line.

High unemployment has forced many Kosovars to migrate, while others have tried to create their own jobs in the informal economy. Kosovo has one of the highest unemployment rates in the world. The country has difficulty in accommodating a large number of people coming into the labor force each year. The youth, in particular, is greatly affected by a lack of employment options. Unemployment compounded with a poor-quality education system leaves many youth with little choice to either take a low-skilled, low-wage job or enter the informal sector.

When poor people have access to financial services and life-enhancing products, they can earn more, build their assets, create jobs and cushion themselves against external shocks. Since 2000, FINCA has been helping thousands of Kosovar improve their lives. FINCA offers financial services, such as loans throughout the country.