FINCA helps Azerbaijanis living in poverty access financial services to improve the quality of life for themselves and their families. 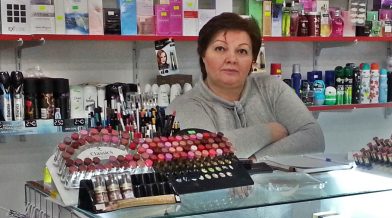 By focusing on her goal, Nazakat achieved it. Even though she always knew she needed to rely on her own skills and hard work, she says she’ll never forget the close working relationship she has with FINCA, and the support they’ve provided on her road to success.

Azerbaijan’s economy has seen tremendous growth in recent years, but this growth hasn’t been felt by all. More than one-third of Azerbaijanis are employed in agriculture, yet the sector accounts for a small portion of the country’s economy.

At the same time, over half of the poor population in Azerbaijan live in rural areas, and face poor infrastructure and unreliable drinking water, gas and electricity supply. By working in an undervalued industry and without access to reliable infrastructure, the rural communities of Azerbaijan have little opportunity to better their living conditions.

When poor people have access to financial services and life-enhancing products, they can earn more, build their assets, create jobs and cushion themselves against external shocks. Since 1998, FINCA has been helping thousands of Azerbaijanis improve their lives. FINCA offers financial services, such as loans throughout the country.