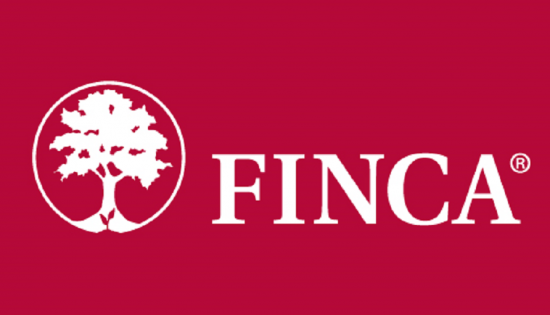 WASHINGTON, D.C., July 22, 2021 – FINCA International has partnered with filmmaker Etant Dupain on an extended version of his documentary film, Madan Sara, which originally premiered online in November 2020. This captivating documentary illustrates the stories of tireless women who struggle to make the Haitian economy run on the fringes. The hard work of these fearless leaders brings education to their children, housing for their families, and ensures a better life for generations to come, despite facing extreme poverty and social stigma.

The Madan Sara documentary, conceived, directed, and produced by Etant Dupain, demonstrates the impact of FINCA’s programming in Haiti for women working as “Madan Sara” in the informal economy. The film also amplifies the calls of the Madan Sara as they speak directly to society to share their dreams for a more just Haiti.

“If Haiti has continued to persist and exist, it is in largely due to the persistence, discipline, and vision of valiant Haitian women,” said Rupert Scofield, President and CEO, FINCA International. “We are fortunate to combine Etant’s passion and enthusiasm together with FINCA’s vision to place a strong focus on this group of women whose work is at the heart of Haiti’s informal economy.”

Many of FINCA Haiti’s clients are known as Madan Sara who work diligently to buy, distribute, and sell food and other essentials in street markets throughout Haiti. The Madan Sara women are matriarchs of the Haitian economy. They provide relentless support to their families and communities despite working in a sector that lacks adequate investment, infrastructure, and state assistance. These women micro-entrepreneurs connect goods from farmers in the mountains to consumers in the city. They work communally, sharing the profits, and shield one another from the dangers of political unrest and social oppression as well as extortion, rape, and theft.

Each year, FINCA Haiti provides financial services to 20,000 Madan Sara. FINCA International, in partnership with Mr. Dupain, is seeking to amplify the voices of the women who represent the very core of Haitian identity — a country whose spirit is synonymous with sacrifice and love.

Watch the Madan Sara trailer for a closer look at the lives of these courageous leaders. For more information and to register to host or attend a screening, visit www.finca.org/MadanSaraFilm.

FINCA International was founded in 1984 on a radical notion: giving small loans to the poor has the power to transform entire communities in a sustainable way. After impacting tens of millions of lives with responsible financial services, we are widening our focus to catalyze further economic growth and alleviate poverty in underserved markets around the world. We remain boldly committed to market-based solutions and are supporting the rise of social enterprises delivering basic service and financial innovation to help low-income families and communities achieve a better standard of living. For more information, visit www.FINCA.org or follow us on Twitter @FINCA.

About the Filmmaker Etant Dupain

Etant Dupain is the Founder and Director of Kombit Productions based in Minneapolis. As a journalist and producer, he’s worked for documentary films and international media outlets including al Jazeera, BBC, Where Did the Money Go, and Vice. Moved by the strength of his mother and the Madan Sara who make Haiti’s economy run, he’s making his first personal film.  Etant was a recent guest on Rupert Scofield’s Social Enterprise podcast.