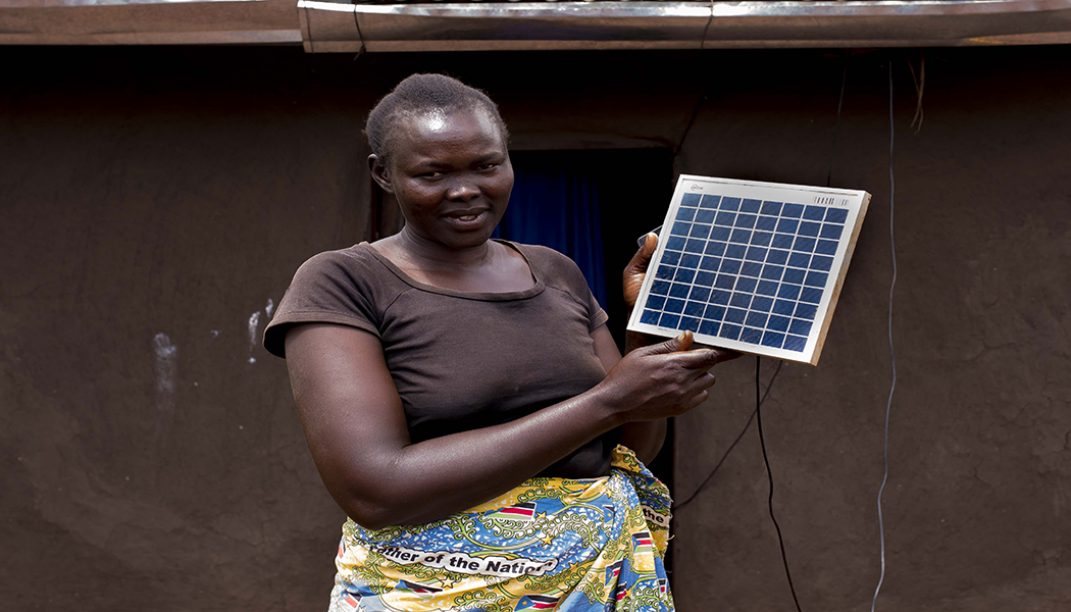 The Ugandan Government dedicated the land of the Kiryandongo Refugee Settlement as an official refugee camp in 1990. When the civil war in South Sudan erupted in 2014, the population of Kiryandongo surged as South Sudanese sought sanctuary from the conflict. Today, Kiryandongo hosts 59,000 refugees. The majority of refugees are from South Sudan, with a small number from the Democratic Republic of Congo, Rwanda, Burundi and Sudan.

Rose Ben Aya fled South Sudan with her children in 2016 amidst one of the most widespread violent outbreaks of the civil war.  When she settled in Kiryandongo, she understood that while life would be difficult for her and her children, their lives as refugees would be better than the future they faced in South Sudan.

When Rose first heard that a company called BrightLife was selling solar lighting in Kiryandongo, she was interested to learn more.  Rose’s ambition is to make a better life for her children.  She believes education is essential to their future success. She knew that her five children surrounding a single candle as the light source to study in the evening was not ideal or safe.

Discovering the Power of Solar

Rose met Brightlife sales agent Charles Ochan, who introduced her to a solar home system for the first time in her life. She immediately recognized its potential value for her home and her children. Although as a farmer, she was concerned if she could afford to buy a solar home system. Charles explained to Rose how she could finance the solar home system through pay-as-you-go on her mobile phone.

Rose is not quick to smile. Yet, when she talks about the impact of the solar energy on her children’s studies, her face lights up. “When my children studied around a single candle, it was hard for them to study, and their eyes would hurt from the smoke,” she says.

With solar lights, my children can concentrate better on their studies, and they are all doing better at school.