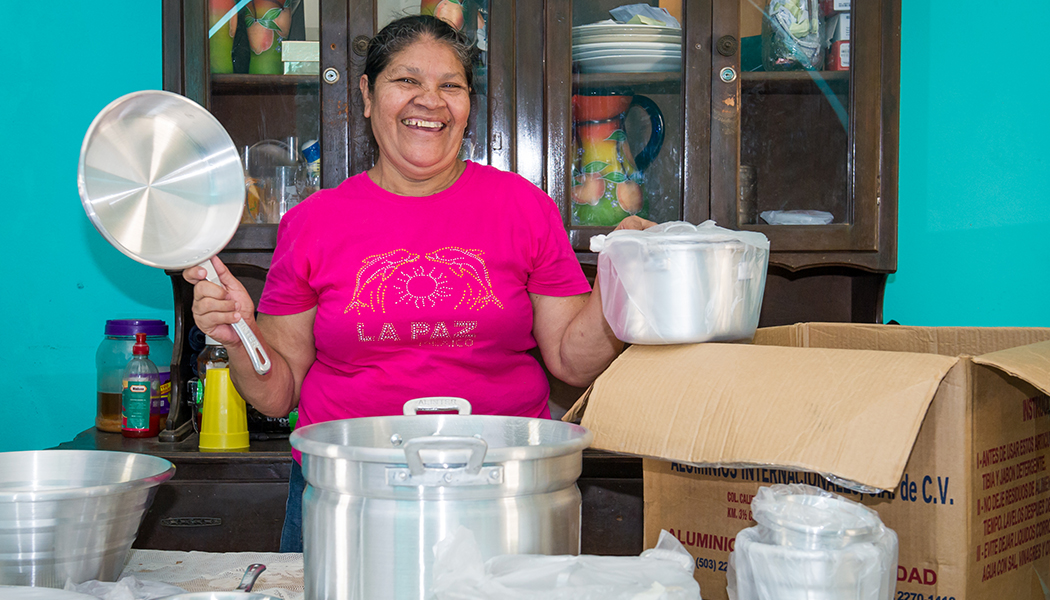 On her own for 18 years since her husband died, Consuelo runs several successful businesses that she has built with hard work and by carefully investing her earnings.

Walking the hot streets of Choluteca, Consuelo sells everything from cell phones to clothing to pots and pans. But that’s not all. Working with her daughter, Consuelo takes food orders during the week and delivers them on Sunday. In addition, she has started a taxi business. “I bought a used car and the taxi permit from the city, then I hired a driver,” she explains. “He makes his money after paying for gas and repairs, then pays me 400 lempira (about $17) a day to rent the car and the permit.”

Consuelo’s enterprising ideas have paid off.

“I have used my profits to invest in the education of my five children, so they could all graduate,” she says, noting with pride that two of them have college degrees. “And I have 11 grandchildren,” she says with a smile. “I used to live in the smaller house next door to this one, but 10 years ago, I was able to buy this bigger house.” Beaming, Consuelo shows off a photo of the women of the San Francisco de Asís Village Bank with FINCA’s President Rupert Scofield, taken in 1994 during a celebration of the fifth anniversary
of FINCA Honduras.

We were very proud, since we had the best Village Bank in Honduras. FINCA said we were an example for the entire country.

And Consuelo herself is an example for us all.