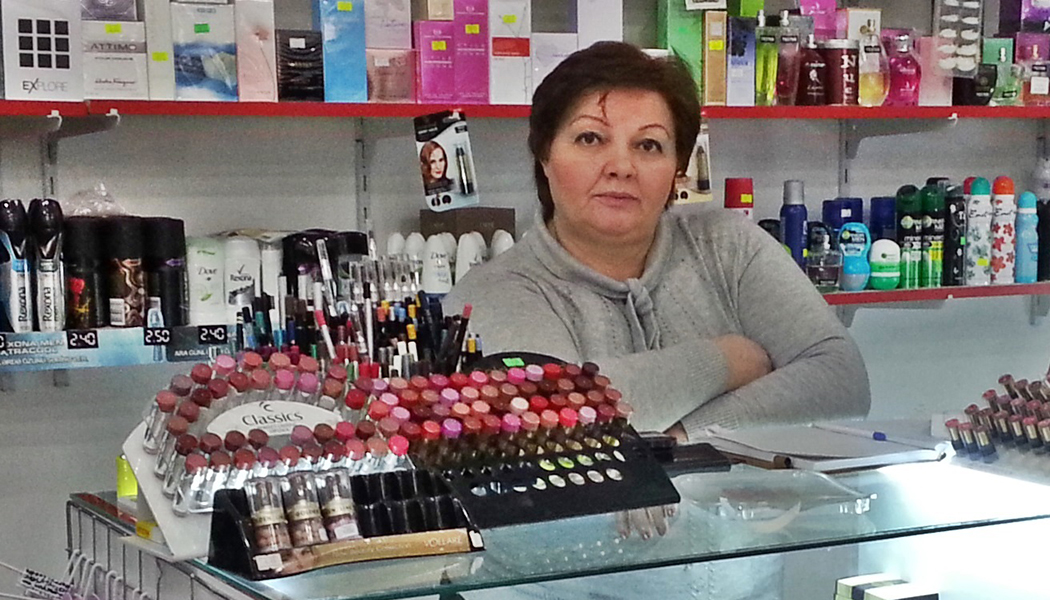 Nazakat Ayyubova of Khirdalan, Azerbaijan, has never believed that success in life is given to you. She’s always known that, if you work hard and apply yourself, you’ll be far more successful than if you look to others to get ahead. So, from a young age, she knew that if she studied hard, she would acquire the skills to make her own success.

After completing her secondary education, she attended the Technical School of Finance and earned her degree in accounting. She married and had her first child, but continued to work as an accountant for five years. Her income, combined with her husband’s, was enough to meet the family’s needs as it continued to expand. But, just as Nazakat had dreams for her own future, she had the same for her children and their ability to attend university, so she decided to establish her own business.

She opened a small shop at which she sold perfume and cosmetics. Nazakat became well known in her neighborhood for her good prices and her even better attitude toward her clients. Her client-friendly disposition resulted in early success. But as an accountant, she knew that if she didn’t expand, she wouldn’t achieve her goal.

At about the same time, a newly-established branch of FINCA opened on a street close to her shop. Nazakat visited the branch and found out what was needed to receive a loan. She applied and was approved for her first loan and, since then, she hasn’t looked back. She’s expanded her inventory in a big way, opened a beauty shop in her even-larger store, and now has several employees. She is thrilled that she can use her educational skills to run her business.

By focusing on her goal, Nazakat achieved her goal. All of her children attend the university and are studying medicine. Even though she always knew she needed to rely on her own skills and hard work, she says she’ll never forget the close working relationship she has with FINCA, and the support they’ve provided on her road to success.