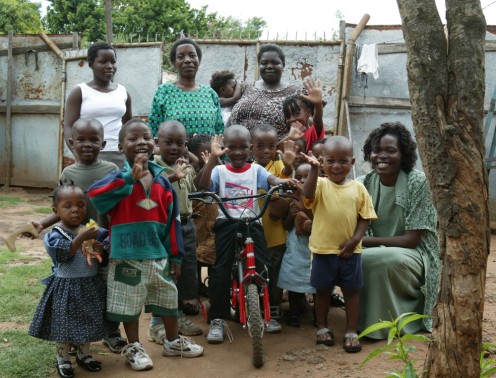 Martha Ngwinda often had to choose between feeding her children and sending them to school. To boost her income, she started a nursery school in her home. With her first FINCA loan of 1,000 kwacha (US $10), she bought cups and toys for the school. “It was the first time I had ever touched such a large sum of money.”

Martha has now hired three neighbors to teach the 30 children at her school. She’s using a 15,000 kwacha (US $120) loan to purchase books, toys and food. With her savings, she’s planning to build a separate classroom and open a primary school. “From deep down in my heart, I can say that FINCA has helped a lot. At first, I was nobody. But now I can buy what I want, continue to pay school fees for my youngest daughter, and help my parents, especially my old mother.”