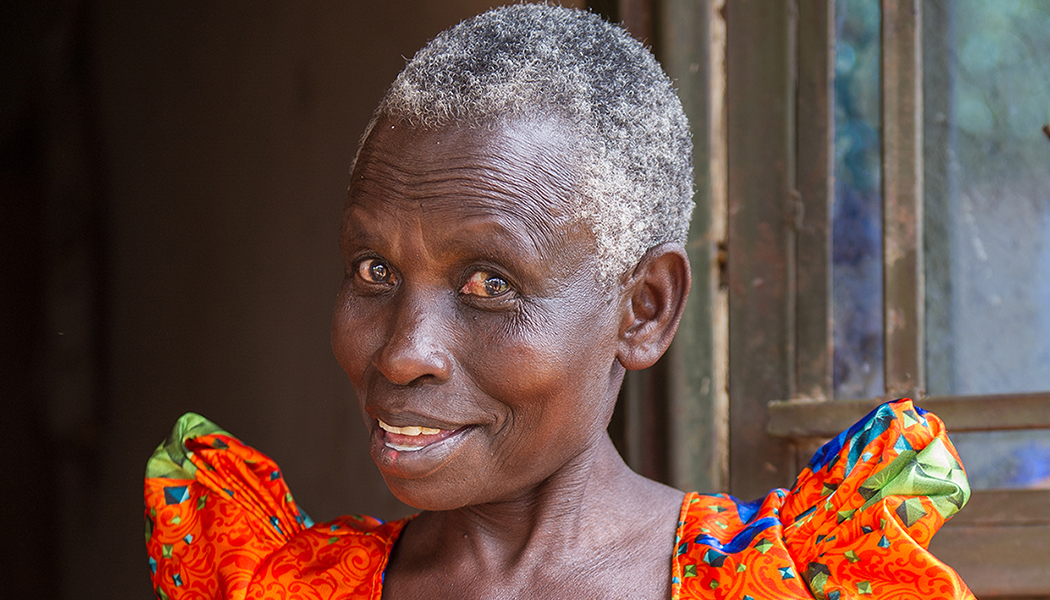 Six years ago, Jane Nakintu’s life was struck with tragedy. Her daughter and son-in-law were stricken with HIV and succumbed to the deadly virus in the same year. At 59-years old, Jane became a parent again to her four grandchildren.

“My grandchildren became orphans so I took them in,” she says.

Taking care of the four children wasn’t always easy. Jane would worry about keeping the young children healthy. Every day, she would cook meals for them using the fresh produce from her vegetable farm behind her house. Jane would spend hours bent over a traditional three-stone fire in her kitchen – a small wooden shack next to the house. The shack would get consumed with thick, black smoke that was unbearable to stand in.

“The smoke from the wood fire would hurt my eyes,” Jane says.

The new stove is very safe as there is no fire and I can use it indoors.

Today, her grandchildren eat on time as the cookstove heats up in just minutes.

When it would rain, the grandmother didn’t like leaving the house to cook in the wooden shack next door. Her new cookstove is portable so she can cook on the porch with her neighbors or inside the house with her grandchildren. Best of all, she could see what she was cooking. During the evening, the kitchen would get so dark that Jane would use a small flashlight against the hot pot just to see if her meals were properly cooked.

Jane likes her clean cookstove as it is not only keeping her grandchildren healthy but it is saving her money every month.

“The charcoal stove is economical and cost saving,” she says. She plans to use her monthly savings from the household innovation to nourish her grandchildren in another way – by purchasing books they can read at home.