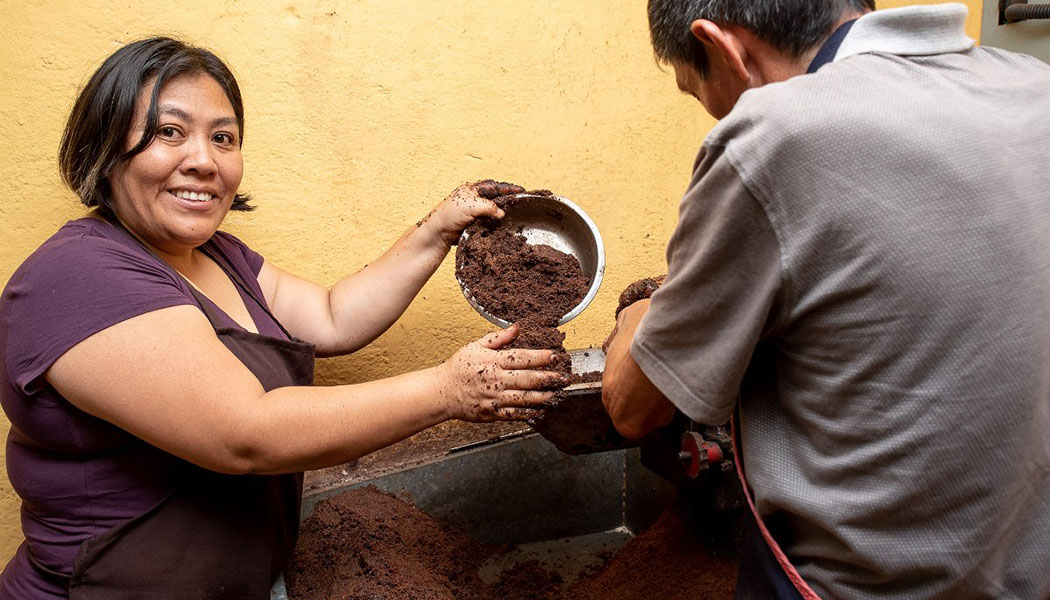 In a small compound in Antigua, Guatemala, Gladiz Maritza Palencia Morales has become a thriving chocolatier.  She and her small team of employees transform cacao beans into delicious drinking chocolate at her shop, Chocolate Colonial.

She originally got into the chocolate business at the urging of her brother-in-law, Ruben. Gladiz had left school when she was only fifteen, but Ruben’s parents had put him to work even earlier – at age ten or eleven – as they needed his help to put food on the table for his younger siblings. And even since then, for nearly 50 years, Ruben has made chocolate. But he’d always worked for someone else. When he got to know Gladiz, he saw that she was a natural born entrepreneur and marketer. 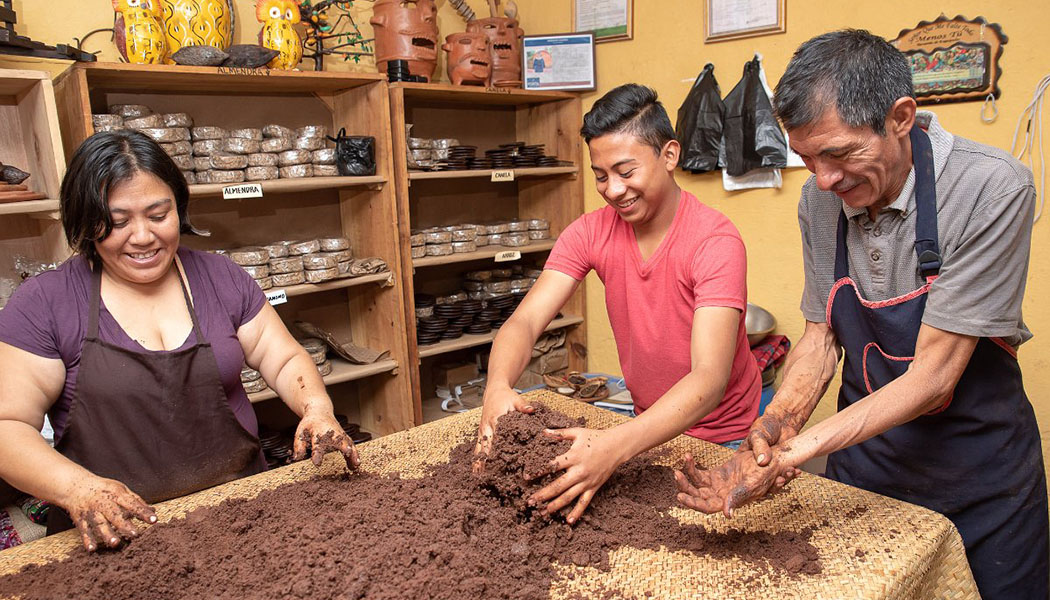 From Bean to Bar

Making chocolate takes a lot of time and skill. Luckily Gladiz has the help of her family. She purchases dried, raw cacao beans from smallholder farmers in the Guatemalan lowlands and transports them back to her workshop. Ruben, begins the chocolate making process by carefully roasting the beans and removing the skins. Using an electric mill, Gladiz and Ruben grind the roasted beans together with one of several other ingredients (almonds, cardamom, rice, coffee, cinnamon) and mixes the resulting chocolate liquor with sugar.

After letting the mixture cool, a couple of younger members of the family take turns doing the heavy labor of shaping the resulting mash into logs, slicing the logs into quarter-pound disks, and shaping and scoring the disks. They must work quickly because if the chocolate cools too much it will become difficult to work with. After the disks harden in the open air for a few hours, Gladiz packages them in groups of four for sale. Each disk makes four cups of delicious hot chocolate.

Every day, Gladiz makes and sells about 80 pounds of finished chocolate. Most of her chocolate is consumed by locals who buy it directly from Gladiz or through one of the 50+ local stores she has built relationships with over the years.  But Gladiz is most happy when a tourist stops into her workshop to make a purchase. Today, cacao may be grown the world over, but Gladiz has great pride knowing that the treat originated in her land. 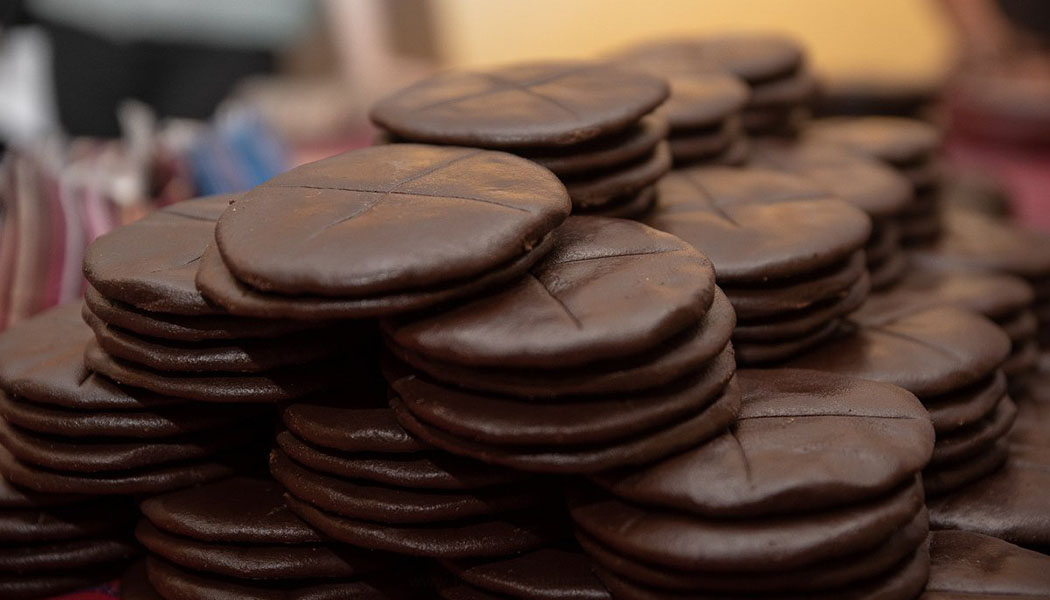 All of this sweet success wouldn’t have been possible without the support of FINCA’s financial services. Gladiz received her first FINCA loan in 2013. As Gladiz notes, “chocolate is expensive and you need cash to start the business and keep it going.” She uses her loans to buy the raw cacao beans a couple of times a year and uses the proceeds from her sales to buy the other less expensive ingredients.

FINCA equals opportunity as I couldn’t have grown the business to where it is without their help.

Her chocolate business has made the world of difference to her family. Gladiz has four children – two boys and two girls. The oldest is in his twenties, the youngest just ten years old. Without the business, Gladiz knows that she might have afforded to send just her sons to university. But the profits from the chocolate business have ensured the two girls also have that opportunity. In fact,  her elder daughter, Maria, is currently pursuing a degree in business administration and her younger daughter, Heidy, wants to be a lawyer someday.