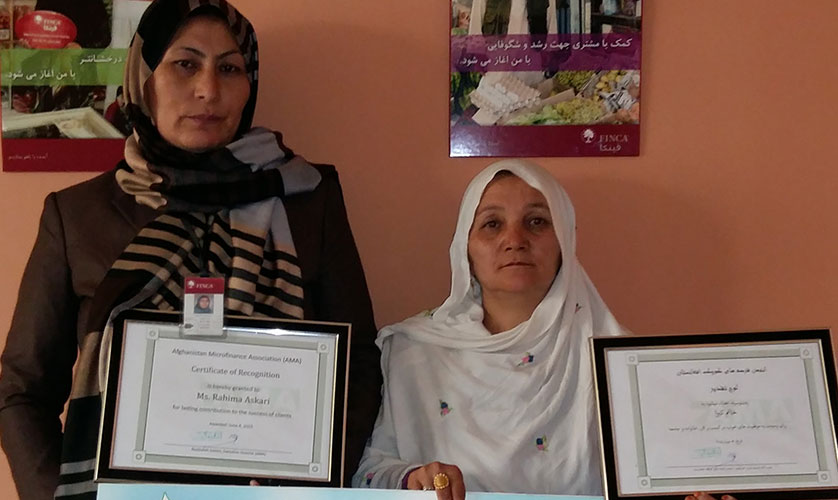 Throughout Afghanistan, women have been the most vulnerable segment in society. Providing for themselves and their families has become a challenge as they are often forbidden to work or attend school. Through access to finance, however, women in Afghanistan have a chance to change their lives.

Kubra Hussaini is one such woman. The 47-year-old mother of three children has been a client of FINCA’s since 2009, when she first started her handmade embroidered goods business. Her initial FINCA loan of AFA 5000 helped her to establish her store. Today, her business has grown significantly with a capital base of AFA 500,000 (USD 8,370), helping to create 60 jobs for fellow women in her community.

Kubra is looking to expand her embroidery business even further. With future FINCA loans, she plans to acquire an AISA license to export her handmade embroidery products to Dubai, India, Pakistan, China and Tajikistan.

Her success has been recognized in Afghanistan. On June 8, 2015, Kubra received the

1st Position Award of the Best Success Story of the Year

in the sector by the Afghanistan Microfinance Association. During her acceptance speech at the awards ceremony, Kubra thanked FINCA for supporting her in building her business.