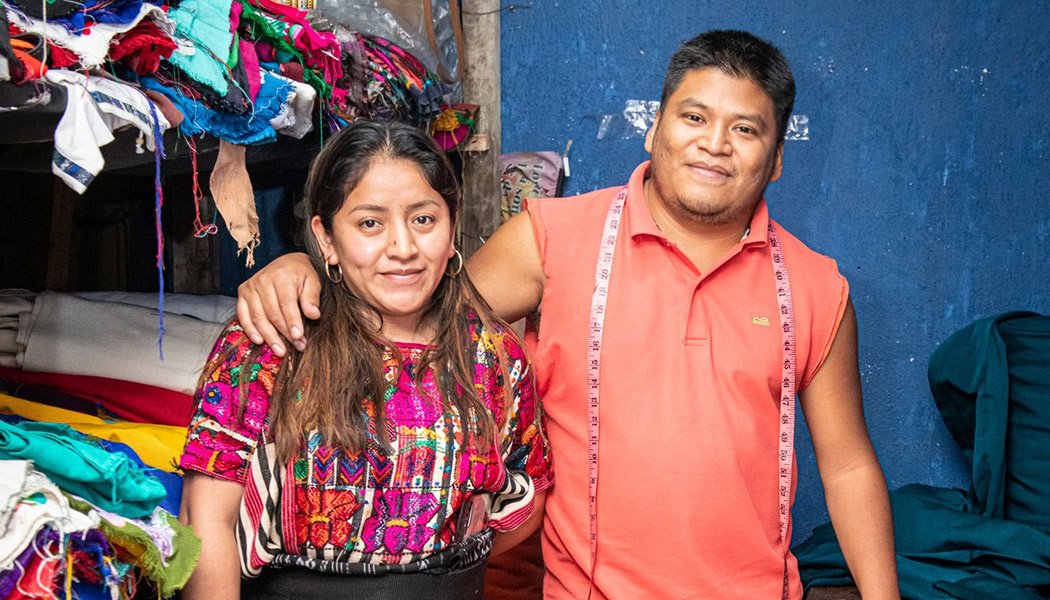 Sara Tol and her husband Pedro run a small textile manufacturing business out of their home. Their house and workshop are located just a few blocks from the main market in Chichicastenango, Guatemala. The town, commonly known as Chichi, is one of the most important hubs of the Guatemalan craft industry, and Sara and Pedro make the most of their location.

Weaving a History of Craft

Sara and Pedro were born and raised in Chichi and speak of being “craftspeople by blood.” Their parents, however, weren’t good business people. As an example, Sara recounted the story of Pedro’s father. He was an exceptional tailor. His artistry with a needle and thread put Pedro and his siblings through elementary school. But Pedro’s father eventually ran the business into the ground because he failed to invest in sewing machines that would allow him to increase his output. The failure led Pedro to being apprenticed off as a tailor at age 12 and forcing Pedro’s mother to start selling trinkets on the streets to help the family get by.

Like Pedro, Sara too had to leave school early to help support the family. Her initial job wasn’t in crafting either. She was sent to work for a relative who ran a small grocery store, cleaning up, delivering packages, stocking shelves and making sales. Sara remembers the years in the store as an unhappy time. The only upside was that it was in the grocery store where she met Pedro. 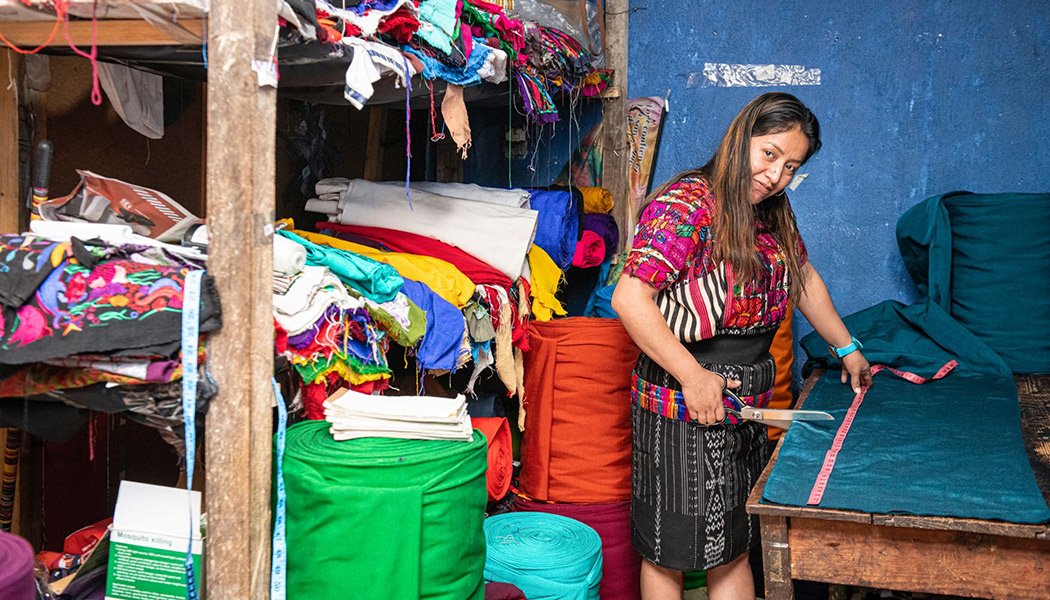 The Beginnings of a Textile Business

Sara and Pedro dated for a few years and got married when they were both about 20 years old. At the time, they were collectively earning about 500 quetzales ($70) per month. It was barely enough for the two of them to live on, certainly not enough to raise a family, and Pedro and Sara realized that they could and must do better.

So Pedro ended his apprenticeship and Sara quit the grocery store, and they made the life-changing decision to start their own textile business. For several years, during which time their first two children were born, Pedro and Sara worked exceptionally long hours. Sara focused on buying and selling used huipils (the brightly colored blouses worn by most women in the Guatemalan highlands), and Pedro sewed pillowcases that the two of them sold at Chichi’s big Sunday market.

Over time it became clear that the pillowcases were the better business. So Pedro taught Sara all that he knew and the two of them would stay up late hunched over their machines. The business was growing, but not all that quickly. Certainly not as quickly as Sara and Pedro hoped.

Investing in Their Dream

And then in 2015 they had a breakthrough. Through friends, Sara and Pedro met an older man who owned a leather making workshop and didn’t have any children. He wanted someone to take over his business. And when he met Sara and Pedro, he knew that he had found a match—a young couple that was driven and dedicated to craft. He wouldn’t give them his business but offered to train them and sell them his tools at a good price. Sara and Pedro knew that this was an opportunity they couldn’t pass up. Unlike Pedro’s father, they would invest in growth, in their future and the future of their family.

Pulling together all the money they could, they bought out the leather worker and learned from him how to transform raw leather into wallets, bags and other goods … from cutting to treating to molding to gluing. They then proceeded to make the business and the production their own, marrying their textile skills with their new leather working skills.

Sara and Pedro’s new products include little leather purses adorned with remnants of used huipils and pillowcases with leather trimming. And with this change, their business took off. In a few short years, they’ve grown to have 15 employees, and they contract work out to as many as 50 additional craftspeople around town. 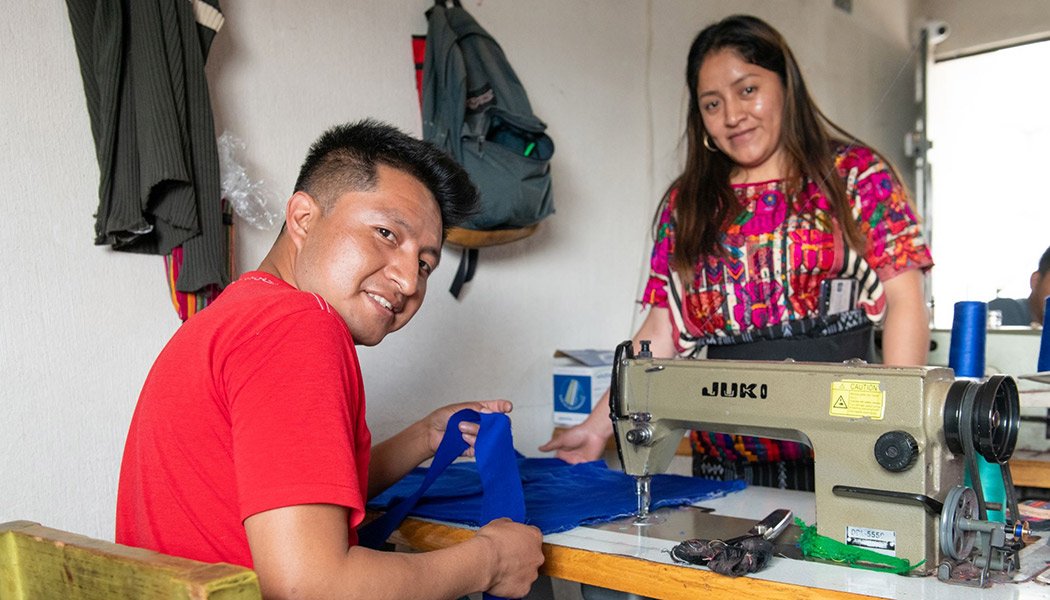 They still do some of the handcrafting themselves, but not as much. Sara now spends much of her time managing production while Pedro focuses on sales, finding new stores and even some high-end boutiques in Guatemala City and some tourist destinations in Mexico that want to carry their product line. And they dream of finding someone who will help them expand to the United States.

With the current loan from FINCA, Sara and Pedro are doubling down, buying more leather working machinery, including stamps and cutting tools. They are also investing in more training for their employees so they can produce higher quality products. They have faith in their technical skills and business acumen. And with financial support that FINCA donors make possible, maybe someday that dream of finding a US market for their products will come true. 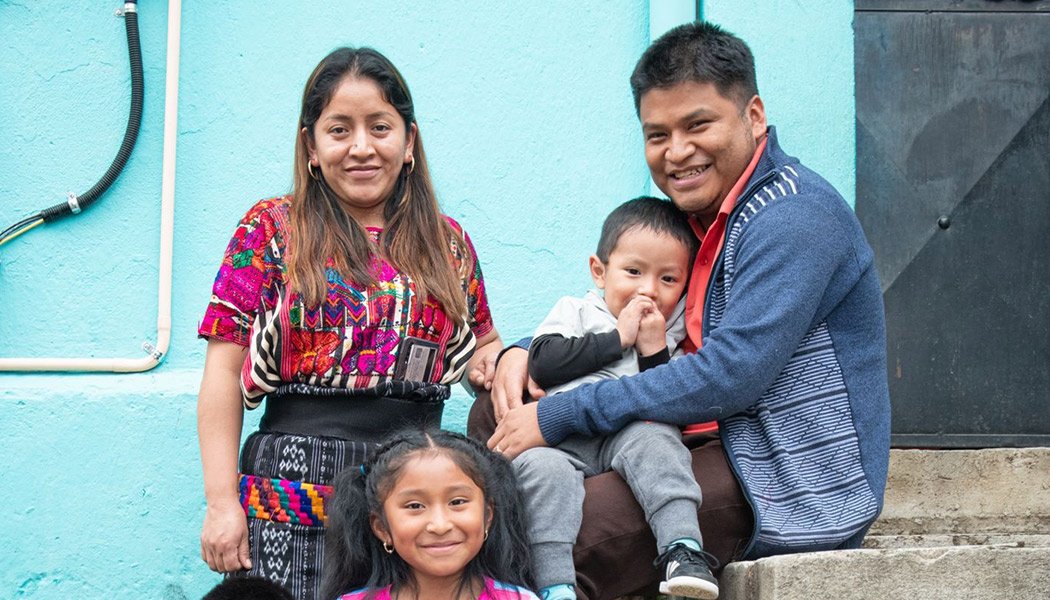 But their real future is their children. They now have three: an eleven year old daughter and two sons ages eight and two. Their daughter and older son are in elementary school, but they also are learning how to sew and work leather. And during the upcoming winter vacation (Guatemala’s equivalent of our summer vacation), Sara and Pedro plan to give the older children 5000 quetzales (about $600) in merchandise to sell.

Their children definitely will have more formal education than Sara or Pedro—through high school at least, but they’re also going to know how to run a business. Creativity, business acumen and some help from FINCA have set Sara and Pedro on an upward path. They expect more of the same from their children.