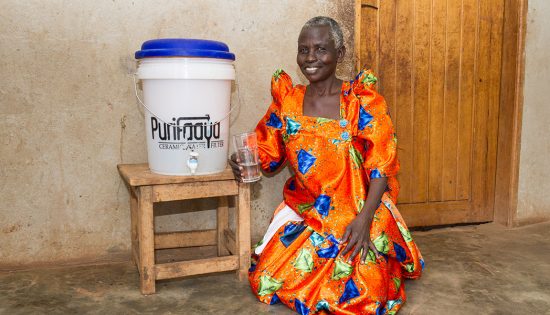 In 2010, the United Nations General Assembly explicitly recognized the human right to water and sanitation for the first time. Everyone, they said, has the right to sufficient, continuous, safe, acceptable, physically accessible and affordable water for personal and domestic use. Last Thursday represented our annual reminder of this right. In the wake of World Water Day, which occurs every March 22nd, we are urged to do what we can to better the lives of the 663 million people who live without a safe water supply close to their home.

Improving the water supply, sanitation, and management of water resources can spark economic growth and contribute significantly to poverty reduction. Many preventable diseases, such as cholera, diarrhea, dysentery, hepatitis A, typhoid and polio are transmitted through contaminated water, and children are most at risk. Many of the hospitals which treat these diseases may not have access to clean water themselves. This increases the likelihood that medical staff contract diseases or patients pick-up further infections. Globally, around 15 percent of patients develop an infection during their stay in hospital, and that proportion is far greater in low-income countries.

This has implications not only for health but also for education and productivity. Sick children are unable to go to school. Ill adults struggle to work to create a better future for themselves and their families. And women, who spend untold hours globally collecting water for domestic use, are especially affected. They have less time to run businesses, develop skills or be with their families. In the struggle against poverty, this is significant. Time and time again, it has been shown that women are better financial agents than their male counterparts.

FINCA has long been focused on giving low-income people access to the tools they need to succeed. That’s why we launched BrightLife, a social enterprise that pairs access to finance with access to life-enhancing goods, like water filtration systems, solar energy and improved cookstoves. With a network of local sales agents in Uganda, BrightLife can deliver essential service products down to the last mile.

Achieving universal access to clean water, however, will require the participation of a range of stakeholders. Public and private sector partners, local organizations and funders must all come together. It will take a collaborative effort to ensure all people have access to safe and healthy water.