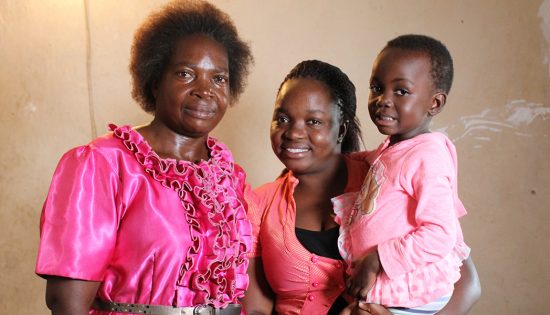 Many years ago, I went to a village and handed out tiny microloans to the women living there. When I returned three months later, I went back to those people and asked them what difference the loan had made to their lives. “I no longer have to waste money on salt,” one of them said. I asked her, “Why?” “Because,” she said, “I now don’t need to crawl along the floor, scraping my hands and knees, to beg my husband for money, which means I don’t have to buy salt to clean the wounds.”

In The New York Times last week, Rafia Zakaria called women’s empowerment a “myth.” She cited the origins of the term––in mid-80s feminist lexicon––and described how today, what we call women’s empowerment amounts to a Western donor giving a sewing machine or a chicken to an impoverished woman in India, or Kenya, or in another developing country. Ms. Zakaria has the ghost of a point: women’s empowerment is not (or should not be) purely economic. It is political, social and cultural. It implies transforming gender power structures and political mobilization.

But Ms. Zakaria also cherry-picks. She focuses much of her piece around chicken-farming and the donations of the Gates Foundation, failing as she does so to acknowledge the excellent work done all around the world to empower women in all senses. She also fails to appreciate that the financial empowerment she criticizes is the base requirement for empowerment in its wider meaning. It is hard to develop a political agenda and mobilize a struggling population when men control all the family money and women can’t afford to educate themselves or their children.

It’s true women’s empowerment is a kind of buzzword that fails to convey the complexity of its meaning. But empowerment is giving someone the authority or power to do something, and in the developing world, where gender inequality is often rife and the distribution of wealth often uneven, female empowerment means and has always meant giving women the platform to choose their own direction in life. This process starts with financial aid, but the empowerment itself could be political or social or economical––the choice is theirs. And it also bears noting that women are better economic agents than their male counterparts, when means the initial financial support indirectly empowers other women, too.

Short, memorable phrases such as women’s empowerment may not always communicate the subtleties of their meaning, but they’re useful for raising funds. If there is an issue relating to the phrase, it isn’t the methods it implies but the collective desensitization to the issues those methods are trying to address.