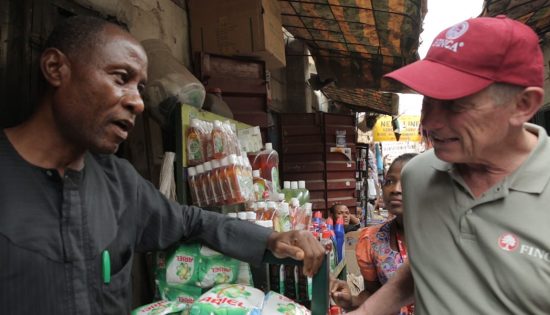 On April 19, the World Bank will release its latest version of the Global Financial Inclusion Index, or Findex, which measures global progress towards financial inclusion. This data, which is updated every three years, looks at worldwide access to useful and affordable financial products and services. Ultimately, the Findex tracks progress towards the World Bank’s goal of achieving universal financial inclusion by 2020.

For FINCA International, this data is of the utmost importance. Our goal from the beginning has been to serve as a catalyst for economic growth and financial inclusion for the poor. Around the world, two billion people remain unbanked, more than half of whom are women. Lack of access to financial services underpins nearly every challenge faced by low-income populations, and women are the most likely to be excluded. Financial inclusion is a gateway to enabling the world’s poor to improve their lives on their terms.

As we anxiously await the release of the next Findex later this week, here are two things we want to see:

Access to financial services has increased considerably over the past decade, but the gap between genders has barely moved from about ten percentage points. At FINCA, we’ve long recognized the exponential benefits in promoting women’s economic empowerment, including equal access to financial services. Women have already proven themselves better economic agents than their male counterparts. Simply put, women are more likely to consider the social and environmental impact of their investments. This means an investment in a woman is an investment in her community.

From 2011 to 2014, the number of people worldwide with a bank account grew by 700 million. However, the 2014 Findex update indicated that many of these accounts were essentially unused or barely used. Authentic financial inclusion must go beyond account access to ensure those who stand to benefit the most have the knowledge and ability to utilize available financial services. In this area, mobile money accounts, or e-wallets, may provide solutions. We have already seen tremendous progress in digital financial services across Africa thanks to mobile phone technologies. Products like M-Pesa have increased financial inclusion and usage by providing individuals a convenient way to bank, budget and transfer funds using just their mobile phones. Given the meteoric rise of mobile banking solutions, we would hope this translates into increase usage of financial service accounts. Only then are individuals financially empowered.

FINCA already tracks its social performance using key indicators, the first of which is financial inclusion. The upcoming release of the Findex will be a key resource for FINCA and similar organizations interested in assessing the progress of financial services outreach, identifying positive impacts in the lives of clients, and adapting to evolving market contexts. We are eager to dive into the data when it is released tomorrow, and to engage with other stakeholders in the continued push for universal financial inclusion.