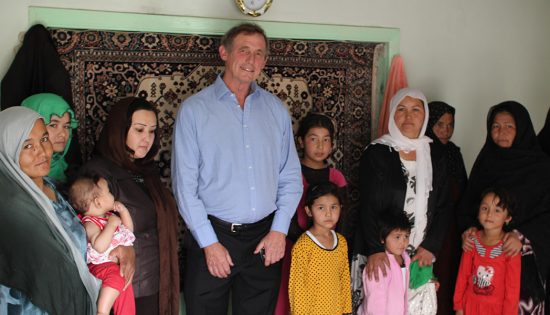 On February 20, it was the UN’s annual World Day of Social Justice. Each year, the organization reminds us of our international responsibility to uphold the principles of social justice, and the theme for 2018 was “Workers on the Move”. It was a fitting theme: at the end of 2014, according to the UNHCR, the number of forcibly displaced people reached 59.5 million worldwide. It was the highest level since World War II, and the number had increased by 40% in 2011 alone. Conflict and economic hardship in countries such as Syria, Afghanistan, Somalia and the Democratic Republic of Congo forced people out of their homes and away from their previous lives and often their families.

The huge movement of people in this way poses grave risks and complexities. It leaves people vulnerable, and unable to support themselves or their families until they can settle. It causes political problems for the countries where refugees seek asylum, and tensions between different communities. Even in the “enlightened” West, the mass-movement of Syrian refugees across the Mediterranean to Europe during the Syrian conflict was received badly by many people, and led to an increase in support for nationalist or quasi-nationalist policies.

In parts of Africa, where FINCA has worked for more than 25 years, the threats are perhaps even greater. But often what drives people from their homes is a lack of economic opportunities and financial hardship, sometimes worsened by (or even causing) conflict. Meaningful access to responsible financial services can, in part, mitigate these challenges. When people are included financially––the cornerstone of FINCA’s mission––they take and create opportunities at home, supporting their families, communities and the wider economy.

Though portraits of the African continent are often preoccupied with violent extremism and poverty, there are countless examples of places where financial inclusion and economic opportunity has contributed to social justice and peace. The story of M-Pesa, the mobile phone-based money transfer, financing and microfinancing platform, has been overwhelmingly positive in Kenya, for example, and is spreading elsewhere. With greater financial inclusion and accessibility, people have more freedom and more choice. Microfinance of the kind offered and supported by FINCA has a long history of helping to alleviate poverty in developing nations and bringing about economic independence in local populations. In Nigeria, Uganda and the DR Congo among many other countries, microfinance has helped to rebuild infrastructure, develop important sectors and empower women. In doing so, it has prevented the “brain drain” of the brightest talent from those countries to others.

The microfinance movement has laid foundations, but serious investment––both in time and resources––is still needed from governments to build on the work we started. In the meantime, in response to World Day of Social Justice, what is needed is greater compassion for the workers on the move, and greater understanding of why it happens. These are people who want to work and want to better themselves and contribute to their societies––but they don’t have the chance, because they find themselves victims of financial exclusion, injustice or conflict. Once we all agree on this, we can make a renewed effort to support these vulnerable people and empower them to rebuild their lives.