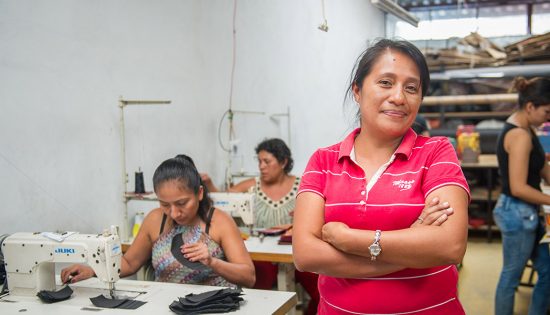 In the West, the bravery of women like Susan Fowler, the Uber whistleblower who spoke out about the daily indignities facing women in Silicon Valley, has been nothing short of inspiring. The movement that began in the heart of Silicon Valley spread rapidly to Hollywood, to the media, and to the world of sport. #MeToo and #TimesUp have held accountable those men who treat women however they want, and those who protect them.

Meanwhile, efforts to narrow the gender pay gap have intensified. More and more politicians, celebrities and business leaders are making themselves heard on the subject. At the World Economic Forum in Davos, Switzerland, the Canadian Prime Minister, Justin Trudeau, urged the international community to do more to promote the rights of women and gender equality. There is of course much work still ahead, and awareness is not the same as action. But things are moving in the right direction.

However, for many women in many parts of the world, the idea of having access to and control of money, to say nothing of being paid, seems like a dream. More than a billion women across the globe remain unbanked due to having a poor or no education, having little––if any––money of their own and because of societal pressures surrounding female financial literacy. In many parts of the developing world which are mobile-first or mobile-only, women are denied access to cell phones so they can’t participate in the digital financial realm. Globally, women are, according to the World Bank, seven percent less likely to have basic transactional accounts compared to their male counterparts, and women living below $2 a day are 28 percent less likely to have a bank account. These women are vulnerable to exploitation: in the absence of a bank, they must rely on personal networks and sometimes loan sharks to meet their most basic financial needs. Ultimately, the loss they will inevitably experience contributes to the vicious cycle of poverty.

Financial inclusion isn’t only about fairness. It’s about doing what’s best for wider society. Time and time again, it has been shown that women are better financial agents––they spend their money in ways that are beneficial for others and makes the financial inclusion of women a powerful weapon in the struggle against extreme poverty. As the CGAP report on Women and Financial Inclusion states, “Financial inclusion of women and girls can create gender equality by empowering them and giving them greater control over their financial lives.” Allowing women greater control over their financial future is the only way we will see tangible change.

Female empowerment has always been one of FINCA’s core principles. FINCA uses digital technology to reach women who have been refused elsewhere and provide access to microloans and savings accounts. We offer financial literacy training for female client wellbeing and protection. And now FINCA is supporting the rise of a social enterprises bringing innovating solutions in basic services so that more women and their families can live safer, healthier and resilient lives.

Since 2010, more than 55 countries have made commitments to financial inclusion, and more than 30 have either launched or are developing a national strategy. But in order for us all to meet the World Bank Group goal of Universal Financial Access (UFA) by 2020, we must find ways to circumvent or overcome the obstacles to women’s financial inclusion and place our focus squarely on taking real, life-changing action.