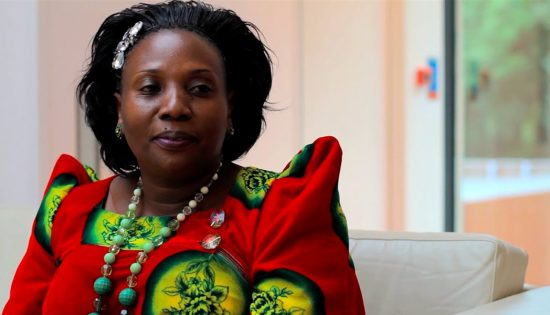 The human capacity for enterprise and innovation is what drives us at FINCA. The story of Cissy Sekyewa is one I often use to demonstrate our approach to alleviating poverty.

Cissy is a single mother from Kampala, Uganda who was struggling to put food on the table for the ten children in her extended family. She came to FINCA 17 years ago looking for help to develop a small business.

Working on the streets cooking and selling food for a penny per plate outside a mattress factory, Cissy noticed a lot of material waste. What if, she wondered, these scraps of foam were collected and used to make pillows?

Cissy had spotted her ladder to begin the climb out of poverty. The money FINCA lent her – the equivalent of $38 – was enough for Cissy to purchase her initial stock of foam and start a business making and selling pillows.

With hard work and persistence, Cissy’s business took off. Thanks to increasingly larger loans from FINCA and her entrepreneurial instinct, she was able to open several outlets in the city center and hire employees. Inspired by her perseverance and ingenuity, FINCA named Cissy the recipient of its inaugural Client of the Year Award back in 2013. Most recently, Cissy recorded a message of hope and of thanks in support of a FINCA UK Giving Tuesday event held in London. Hosted by Esther Rantzen, who has done much for neglected and abused children in the UK, the event was used to showcase the life-changing impact made possible when enterprising thinkers and donor capital come together. I was touched to see how many attendees watching Cissy’s message and the footage of her business were moved to tears. The human spirit is a glorious thing, and as I told our audience of supporters, friends and potential investors – FINCA’s mission is to feed and nourish it.

I have written much on this blog about the importance of female empowerment, a core tenant of FINCA. Women often hold sole responsibility for raising the next generation, yet are frequently excluded from the financial sector. A man with Cissy’s business ideas may have gotten traction with a traditional bank, but a poor woman like Cissy would most likely have been turned away. This is particularly frustrating when you consider how few resources an entrepreneur like Cissy needed to test her ideas. Thankfully, FINCA was there right when she needed us.

Today, as she told a spellbound audience in London, Cissy Sekyewa oversees a family that has ample food, the dignity of electricity and the comfort of safety. Her story remains with me wherever I go.