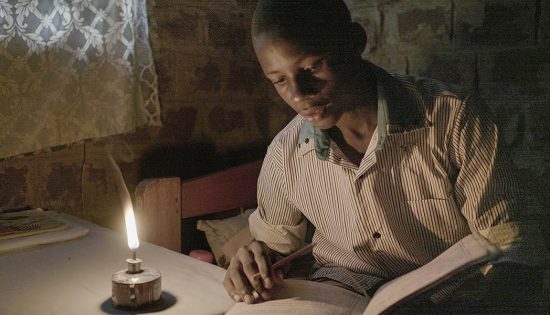 Kofi Annan, the seventh Secretary-General of the United Nations, once called extreme poverty “a threat to human security everywhere.” That might sound unlikely, especially if you’re lucky enough to have been born in a reasonably wealthy and safe environment. But the data agrees. Though we hear plenty of talk about recessions, wars, global pandemics and climate change, the single largest issue facing the world is poverty.

One of the less-cited forms of poverty is energy poverty. Around 1.2 billion people, 95% of whom live in sub-Saharan Africa or developing Asia, lack electricity. Just over 2.8 billion people burn charcoal, wood and other materials to cook and heat their home. This requires hours of drudgery gathering fuels, and high mortality from indoor pollution. In fact, according to the World Health Organization, indoor air pollution results in four million premature deaths per year, more than AIDS and malaria combined. A 2011 article in TIME magazine called energy poverty “the worst kind of poverty”. Fatih Birol, the chief economist at the International Energy Agency, said a lack of access to electricity affects “health, well-being and income.”

In 2013, the World Bank said that, unless the world addresses the widespread problem of energy poverty, other efforts at economic development would be likely to fall short. “Access to energy is absolutely fundamental in the struggle against poverty,” World Bank Vice President Rachel Kyte said. “It is energy that lights the lamp that lets you do your homework, that keeps the heat on in a hospital, that lights the small businesses where most people work. Without energy, there is no economic growth, there is no dynamism, and there is no opportunity.”

What’s alarming is that our collective efforts to tackle energy poverty have barely been noticed. Between 1990 and 2010, electricity was extended to 1.7 billion more people, and 1.6 billion gained access to cleaner cooking fuels. However, the world population grew by 1.6 billion over the same period, with most of the growth coming in areas with poor energy access. Just five years ago, the World Bank said the pace of expansion would have to double to meet Sustainable Development Goal #7: affordable, reliable, sustainable and modern energy for all by 2030.

FINCA International is one of many organizations working to address this problem. Several years ago, we started a social venture in Uganda, called BrightLife, that facilitates financing and last-mile distribution of life-enhancing products and productive use assets. Complementing this effort is FINCA Ventures, which invests philanthropic and commercial capital in early-stage social enterprises delivering basic service and financial innovation to help low-income families achieve a better standard of living. Combined, these two initiatives help drive solutions to energy poverty.

We found, for example, that for less than $150, an impoverished family can purchase a solar-powered home lighting system, a fuel-efficient cook stove and a water filter. Customers have told us these products have resulted in positive changes to their health, safety and productivity, among others. The hazards of toxic smoke, burns and resulting eye and respiratory health complications have, according to customers, been reduced. The net impact of these high-quality and affordable products is that a rural Ugandan family, 90% of whom live in un-electrified households, can catapult from subsisting in prehistoric conditions to living with modern basic necessities.