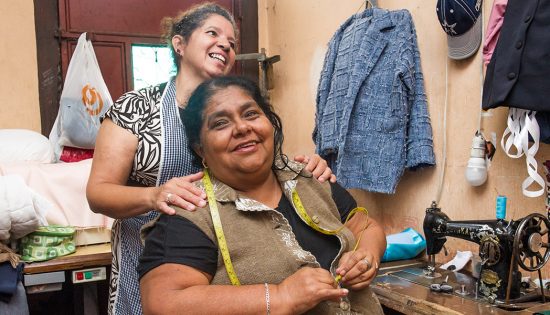 In Davos, Switzerland this past week, the Canadian Prime Minister, Justin Trudeau, urged the international community to do more to promote the rights of women and gender equality. Of course, he isn’t the first person to call for parity between the sexes in business and in life. In fact, it isn’t even the first time that he himself has urged his fellow leaders to support this cause. But he, like many of us, realizes that at the opening of 2018, anyone who cares about gender equality has ample cause for despair.

In 1995, Hillary Clinton gave a speech in Beijing on women. That speech, with its mantra “women’s rights are human rights”, has become a touchstone in the modern fight for gender parity. But nearly two decades on, we are making the same points and pushing for the same things. At Davos, women made up only 21% of attendees. According to panelists at Mercer’s annual “When Women Thrive” breakfast at the World Economic Forum (WEF), men still make 80% of all business decisions; meanwhile women are 15% less likely to be promoted at each level than their male counterparts.

The gender pay gap, one of the key issues in the struggle for women’s rights in the last few years, narrowed only to start to widen again. The WEF predicts it will take 217 years to close that gap, and that technology, which is dominated by men and will disrupt industries where women dominate, will only stretch the void. “We’re really looking at a worsening of inequality,” said Saadia Zahidi, the WEF’s head of education, gender and work. “We are losing a valuable opportunity to reduce gender inequality.”

Needless to say, this data is worrying.

At FINCA, we have long recognized the exponential benefits in empowering women and promoting gender equality through access to basic and financial services. By focusing on women, entire communities benefit. Women, for example, are more likely to consider the household and communal impact of their financial decisions than men are. In short, women are better economic agents than their male counterparts, which means the initial financial support for an individual woman in the developing world will empower the women around her as well. But in the industrial West, greater gender equality also benefits wider society. Persistent inequality in earnings for working woman translates to less familial income and more children in poverty, a report conducted by the Institute for Women’s Policy Research found last year.

We have made progress in bringing the problem of gender inequality to the fore in public life. But awareness is not the same as action: now, just under a month before International Women’s Day, we must translate our attention and concern into a positive drive forward to our end goal. We have the means, which means we have no excuse.