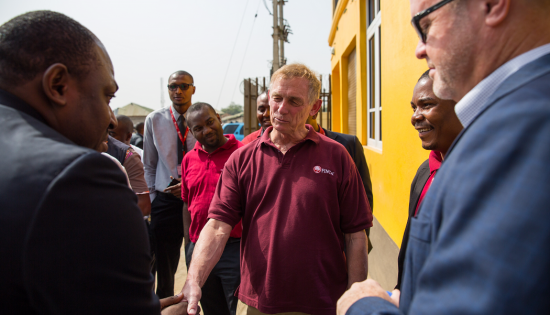 Much of the rhetoric to emerge from the current U.S. government administration (and, indeed, portions of the American population) concerns the idea of what it means to be “globalist” and, specifically, why that is a bad thing. Even the President himself, speaking about Gary Cohen, the outgoing director of the National Economic Council, said that he “may be a globalist, but I still like him.”

The backlash against globalism and the perceived globalist agenda is very real, leading to the implementation of protectionist policies in the United States and abroad. In the U.S., we have an administration that wants to blacken our skies with coal and petroleum fumes and throw up tariff barriers to clean energy. Amazingly, many of our farmers rejoice at the prospect of ruinous obstacles to free trade in the products they produce, thinking that the President need only to declare that the laws of supply and demand are irrelevant to his negotiation skills for it to be true. And all that is to say nothing of the recent treatment of immigrant families on the Mexican-American border for political leverage.

With the once-but-no-longer sanctuary nations shouting, “Hold on, enough!”, the immigration crisis would seem to be approaching the insoluble point. A persecuted family must choose between the Scylla of imprisonment and the Charybdis of returning to violence or death at the hands of armed gangs or terrorists in their country of origin. The voice of the mother country is noticeably silent in most of these cases, either because it has already achieved “failed state” status or is rapidly approaching that point. Regardless, it has left the refugee family caught in the middle of this deadly game of “hot potato.” Those of us who still enjoy some secure status should pray the day never arrives for us, and we find our collective failure to find a solution to this caustic dilemma is suddenly a problem less moral than one of our own survival.

It may be difficult or impossible to act when one’s own government refuses to. But we must never forget that the private sector can command enormous power and resources, which, if properly channeled, can fill the vacuums left by governments. Like it or not, we are all citizens of this tiny, troubled world, and until Elon Musk brings us affordable passage to the next inhabitable planet, we are stuck with this one. So, let us change our mindset from one of hopelessness to one of finding lasting solutions to the moral problems which besiege us. Above all, let us put ourselves in the positions of the most vulnerable and ask what can be done short of simply building a wall or planting our heads, ostrich-like, in the sand.

Progress is, of course, being made, just not fast enough. Globalization is not a dirty word, and neither is capitalism. As the former socialist firebrand Christopher Hitchens once told Reason, capitalism has shown itself to be the more “revolutionary economic system:” nothing has ever been as successful as capitalism or free trade in not so much lifting as launching people out of poverty. Developing countries account for 48 percent of world trade, an increase from 33 percent in 2000. The number of people living in extreme poverty has been cut in half since 1990, to just under one billion people. Trade has led to a rise in the number and the quality of jobs in the world’s poorest countries, stimulated economic growth, and improved productivity. Like the man who does not understand electricity yet lives in a lighted house, you do not have to comprehend free trade for it to work.

To be a globalist is to strive for a world in which we understand more about the global economy, its politics and its culture, and how these forces relate to each other. Already, technological advancements in transportation, finance and communication have produced a global economy that is inextricably interconnected. Indeed, in many parts of the Western world, it was the increasing interconnectedness that formed the basis of peace between historically warring nations. We must never forget that just over 70 years ago the world was at war. Globalism has helped bring us to one of the more peaceful times in history, and we throw it all away at our peril.

Over the course of 30 years in microfinance and impact investing, I have seen enough of the developing world and abject poverty to understand the difference one man or woman can make, for good or for evil. To be a globalist is to understand that, in today’s world, the interconnectedness of people and economies means that we are all the eventual beneficiaries or victims of successful or failed policies. We must transcend the idea that only our country matters and, in doing so, we can seal ourselves off from tragedy. The protectionist, isolationist, and xenophobic politics that have developed will bring no benefit to anyone. They will create a world that is poorer, less cooperative, more paranoid and altogether worse for all.