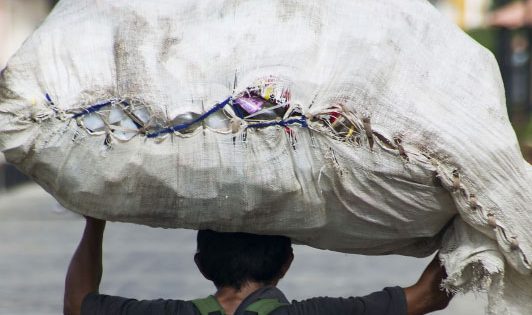 Findings from a recent study of lending in Mexico

FINCA and our colleagues in the socially responsible lending community are anxious to avoid a debt crisis in Mexico similar to those that have caused major upheavals in other countries. To address this issue head on, FINCA International worked with staff in FINCA’s Mexico subsidiary to study the problem. Our objective was to establish some of the dimensions of over-indebtedness and reveal the client pathways to debt. FINCA’s research combined three methods: 1) a review of credit bureau data from a pool of loan applicants, 2) a survey of FINCA Mexico’s branch managers, and 3) qualitative interviews with microcredit borrowers themselves who may have been experiencing or had experienced debt problems.

Summary of Our Findings

Branch managers report that it is increasingly difficult to find qualified borrowers – people whose existing debt burdens would not impair their ability to repay new loans. They also paint the picture of a highly competitive and growth-driven marketplace in which bad practices are commonplace, such as credit promoters disseminating false information about rival lenders, giving incentives to clients for agreeing to loans on the spot, and even delaying credit reports so that a paid-up client is unable to obtain credit elsewhere. Managers also report that most borrowers have little understanding about the actual terms of their existing loans.

Lacking savings or other assets, our interviewees use credit to finance a wide variety of productive pursuits and to deal with family contingencies, such as the death of a family member or a medical emergency.  At the same time, they are pressured to help out needy members of the extended family. Passing along loan proceeds to a relative who does not qualify for credit, they are left to deal with the consequences when the money goes unpaid. While some borrowers readily admitted that they were tempted to live beyond their means, most of the purchases, such as school uniforms, could hardly be considered extravagant.

Regardless of what had gotten them into trouble, the over-stretched borrowers we interviewed were determined to settle their accounts with their creditors and were making every effort to do so, even when they felt that they had been taken advantage of. Rather than walk away from their obligations, these borrowers were doing what they could to pay off their loans, perceiving that continued access to credit will continue to be important for their future endeavors.  This behavior extends to the members of peer lending groups, who go so far as to absorb the debts of defaulting members in order to continue accessing credit.

If profligate behavior is leading to a crisis of over-indebtedness, it is on the part of lenders. Spu*rred in part by the relaxation of oversight in 2006, the number and variety of creditors, along with the total volume of loans, have increased massively*. It is safe to assume that most lenders are profiting under current conditions. On one hand, we find a vast pool of potential borrowers who have very pressing needs for money, and who will go to great lengths to settle their debts. On the other, we find an eager throng of creditors, both commercial and non-profit, willing to make loans with little regard for the borrower’s financial situation. An institution with proper credit discipline would avoid making risky loans because of the costs they incur, including written-off principal, lost income, and extra administration. But in Mexico, creditors are successfully pushing the costs of their reckless loans onto the borrowers themselves. With customers paying the price, bad lending seems to be good business – for the time being, at least. Sustainable lending begins with a careful assessment of a prospective borrower’s financial situation – including his or her family circumstances– prior to approving a loan. At the same time, the lender should ensure that the borrower fully understands both the loan terms and its impact on her cash flow. Given that this cash flow is often irregular, especially for self-employed individuals, some measure of flexibility would help to match the borrower’s obligations with her capacity to repay. This is especially true when a borrower is under duress, and finds herself driven to migrate from creditor to creditor in order to avoid default.

[*] FINCA served the people of Mexico from 1989 to 2016. On November 10, 2016, FINCA transferred its operations there to Te Creemos, a mission driven Mexican Microfinance Institution that shares FINCA’s commitment to providing responsible financial services to clients of all income levels.

[**] In our paper, we refer to the changes in banking legislation which created a new type of lending entity in Mexico, called the Sociedad Financiera de Objecto Múltiple, or SOFOM. An unregulated SOFOM does not have to report to the National Banking and Securities Commission, nor does it have capital or reserve requirements.