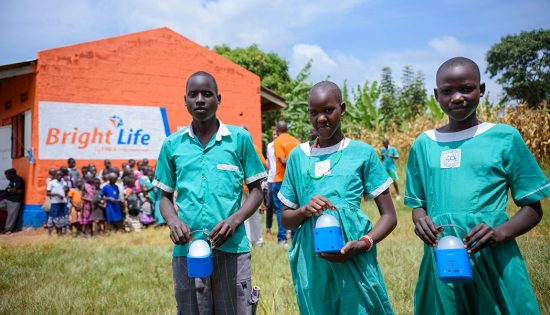 FINCA International’s BrightLife program is a social enterprise that makes clean energy options available to people in rural Uganda living without electricity. By providing various financing options, BrightLife enables these people to acquire solar lamps and lighting systems to which they would not normally have access. This improves their productivity and quality of life by increasing the amount of time they have to work, study, or simply eat dinner after sundown.

The “Lamp Library” is BrightLife’s new project that it’s piloting at a select number of schools. The project provides each school with 100 portable solar lamps. Students are then able to “check out” the lamps from the library, take them home for the evening, and return them the next day to be recharged. In this way, they treat the lamps the exact same way books are treated in a traditional library. 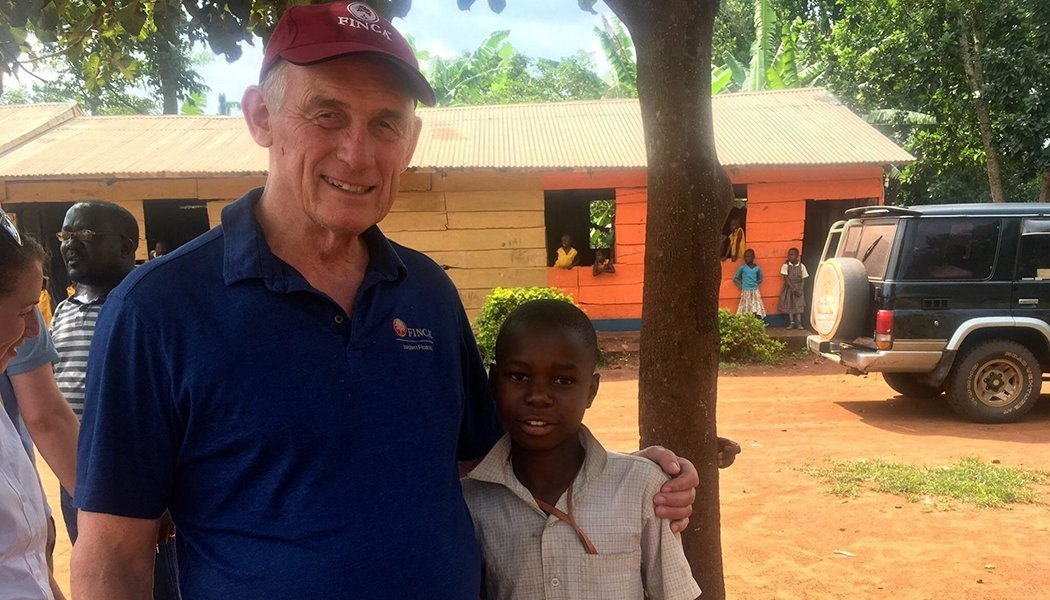 Bernard (pictured above with FINCA co-Founder and CEO, Rupert Scofield) is one of the lucky students who has had a lamp library implemented at his school. Like millions of other children without access to electric lighting, prior to the lamp library, Bernard either had to cut his studies short every evening when the sun set or try to do his homework by the dim light of a smoky kerosene lantern. Falling behind their peers who have access to electric light, many promising kids like Bernard are forced to drop out of school. This perpetuates the cycle of poverty.

However, thanks to BrightLife’s lamp libraries, Bernard and hundreds of other children no longer have to worry about falling behind due to lack of light. They now have a safe and reliable source of light by which they are able to study at night. Bernard especially appreciates how much brighter the solar lamp is than the kerosene lantern he used to use, as he can study longer now because his eyes don’t hurt from the fumes. 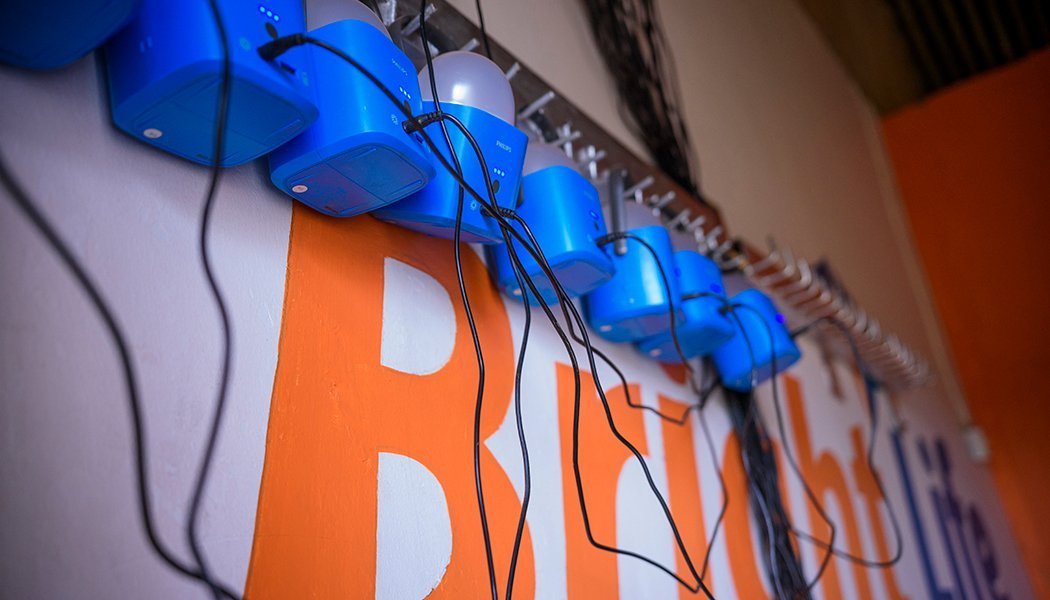 With word of the lamp library spreading quickly throughout the community, Bernard’s school began receiving requests to borrow the solar lamps from adults without students in school. Wanting to help as many people as possible, the school decided to allow any remaining lamps at the end of each day to be available to the community for a small fee.

Allowing community members to pay a small fee to take the unused lamps has had two positive effects. The first is that it has enabled the school to meet an urgent need in the community and introduce even more families to the transformative potential of solar energy. Additionally, it has generated a new revenue stream the school can use to buy necessary supplies and other resources to further benefit its students. 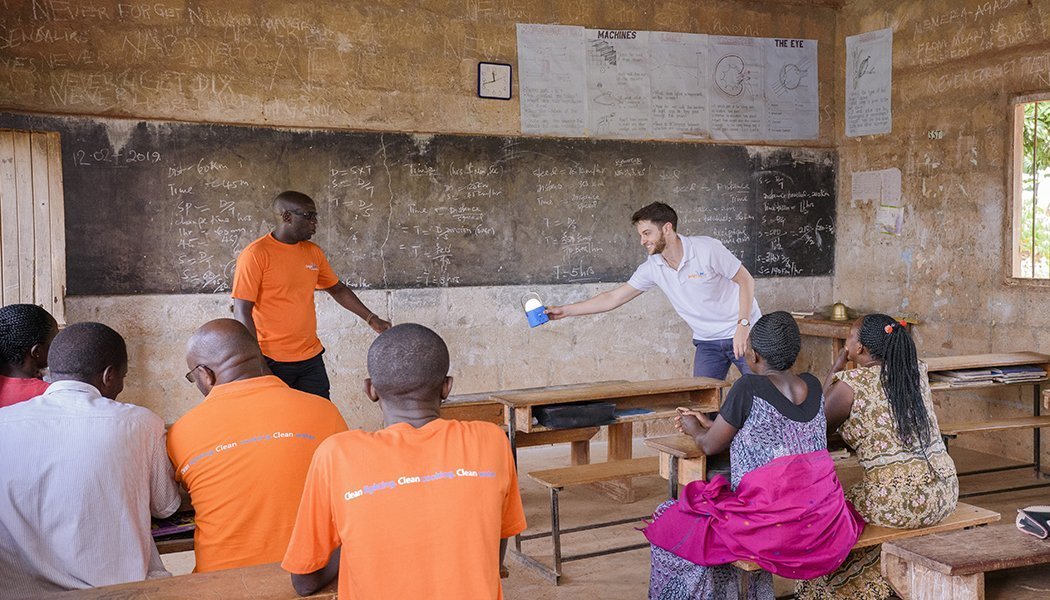 Though only in the early months of this project, the positive response from the students and community has been tremendous. BrightLife has already received more requests to install lamp libraries in other schools, and they plan to continue expanding the project.

BrightLife is committed to helping as many people as possible by providing them with access to solar-powered solutions. Solar energy is a powerful resource for anyone living off the electric grid. And for a student, it can be the difference between making a dream come true or settling for a lifetime of unexplored potential.