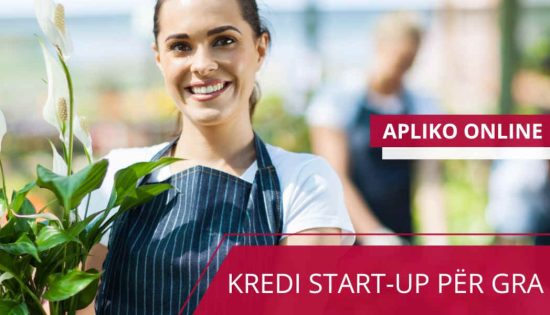 FINCA Kosovo has a long history helping women get businesses off the ground. In 2018, they were among the first microfinance institutions to launch a loan product specifically for women business owners who wanted to grow an existing business.

At that time FINCA Kosovo’s CEO said, “we launched this loan product because many women in Kosovo lack access to finance … [and] we know that women support their families and create employment opportunities in their communities.”

FINCA Kosovo’s original women’s loan was very successful. Repayment rates were much higher than average for microfinance institutions in Kosovo. The success demonstrated that lending to women, even women without collateral, is less risky than many assume.

Xheva Haziri exemplifies the power of a FINCA loan. She is in her mid-50s and lives in the village of Zbovc about an hour outside the tiny country’s capital, Pristina. Several years ago, Xheva started a home-based vegetable processing/canning business. Shortly thereafter she applied to a FINCA loan so she could plant strawberries, buy seeds and install a watering system. A year later, another FINCA loan helped her build a greenhouse and start cultivating tomatoes.

Xheva now employs one of her sons in the business. And she hires extra workers during the planting and harvesting seasons. Xheva sells most of her produce locally but now sees opportunities to export to Europe. As her business expands, Xheva is proud to know that will generate more jobs in her community.

New start-up loan helping women get businesses off the ground

FINCA Kosovo is now building on the success of Xheva and other women. Their first loan product was for women like Xheva with an existing business. Their newest product is for women who have only an idea for a business. Start-ups, especially tiny ones, are always riskier propositions than existing businesses. But with so much disruption due to the COVID-19 pandemic, a bold move was needed.

With the new loan, FINCA Kosovo can help women with an idea for a shop, a salon, a restaurant, a farm or even an animal husbandry endeavor get the start they need. And FINCA Kosovo pairs these loans with financial literacy training and networking support. The training ensures that these budding entrepreneurs have the knowledge they need to succeed. The built-in networking gives these women an edge in the market.

Addressing the gender gap is a major priority in Kosovo. Only 44 percent of adult women in the country have a bank account–against nearly two-thirds of men. The disparity is greater than in other Western Balkan countries. And gender equality organizations identify the lack of women’s economic empowerment as a barrier to gender balance. Many Kosovar women have, or have ideas for, small home-based businesses. But few have access to the capital necessary to grow or start their businesses and make a larger impact in their communities.

By providing business loans for women and supporting services like business and financial literacy training, FINCA Kosovo is contributing to a broader social transformation in the country. Empowering women to start businesses affirms what FINCA has long known. When given the chance, women can make lasting change that benefits their families and communities.