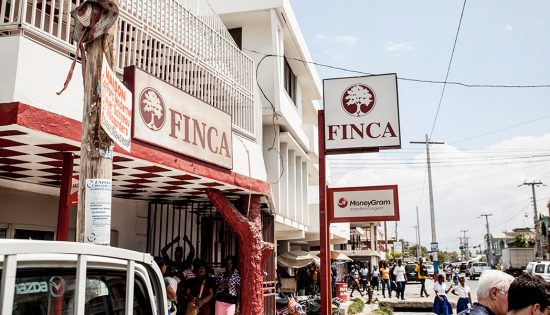 Earlier this year, prior to the spread of the COVID-19 crisis, we at FINCA International received an interesting call from Kelly Bielawski. She is an educator and long-time FINCA supporter in Michigan, and she had a donation for us unlike any other. Her donation was from her students—an inspiring group of future changemakers.

Kelly is a teacher at Shumate Middle School in Gibraltar, Michigan. There, she teaches social studies to around 130 middle school students. She explained that the Pearson textbook she uses in her classes had a section in it on microfinance and how it can help people from low-income populations work their way out of poverty. Learning about how such a small amount of money can go such a long way through microfinance, many of Kelly’s students wanted to help.

As a long-time supporter, Kelly immediately thought of FINCA as a way for her students to get more involved. She decided to put a jar on her desk and let her students add their own money—left over from lunch, their allowance, or maybe even the spare change they had been saving for a new game or toy. Altogether, her young students pulled together about $100 of their own money to help those with less than themselves.

While we don’t know exactly who received the money that Kelly’s students raised (the majority of funds we receive are funneled into a large pool and distributed to our varying program areas as needed), we know that it made a huge difference in the life of someone who needed a hand up. Just take a look at the examples below of clients who were able to change their lives through the small loans they received. 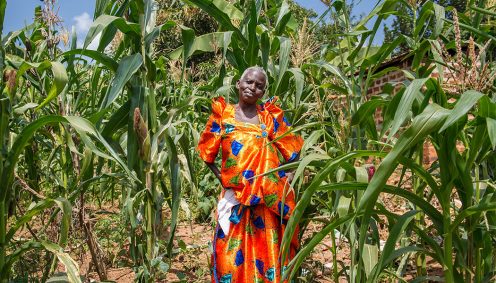 Jane is a farmer in Uganda and became the sole caretaker of her four grandchildren after their parents died tragically. Knowing she needed to grow her small farm to effectivly support her grandchildren, she took out her first loan in 2011 for around just $13 USD. She used this loan to purchase fertilizers and seeds. Slowly, and with the help of subsequent larger loans, she was able to diversify her crops and expand her farm. Today, Jane is a proud farmer employing two workers that help her harvest her crops. She is able to provide for her grandchildren and pay all of their school fees—a cost that many families are unable to afford. 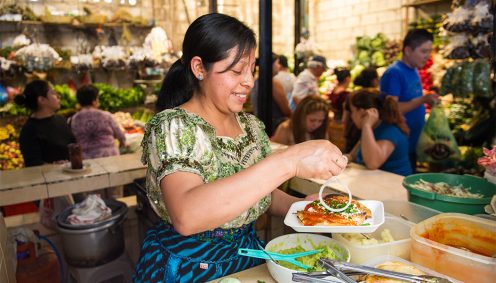 Julia Maria is a restaurant owner in a bustling market in Guatemala City, Guatemala. As an entrepreneur, she is the sole breadwinner for her six children and husband. Julia Maria started out nearly 20 years ago selling food she made in her kitchen on street corners. While her income was just enough to feed her children, it was not enough to pay for their school fees. However, with her first loan of about $120 USD, she purchased the additional supplies she needed to grow her business. Today, after subsequent loans and a lot of hard work, Julia Maria is a proud female business owner. She has since moved her food-making business into a restaurant space at her local market, which now affords her to put her kids through school.

A Bright Future of Changemakers

Thanks to Kelly and her students, someone around the world—or maybe even multiple people—received the support they desperately needed. But that’s not where this story ends. Because of Kelly, 130 students learned how even the small things they do can help others in a big way. This is the idea behind microfinance, and we look forward to seeing how Kelly’s students take this lesson they’ve learned and apply it throughout their lives. We applaud these future changemakers and the teacher who inspired them!