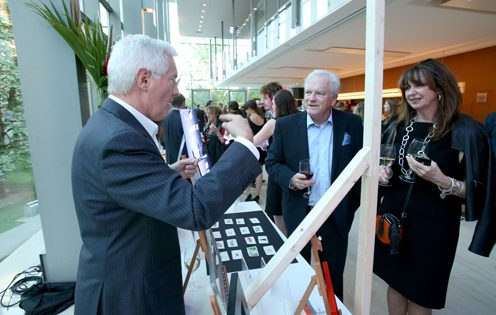 To support FINCA Canada’s Make A Stand Against Poverty campaign, several Canadian artists have lent their talents to raise funds for FINCA microfinance clients.In response to appeals they’d received in their mailboxes, Prince George, British Columbia, artist Maureen Faulkner joined artists and craftspeople from across Canada celebrating Canada’s Cultural Days. Maureen asked everyone who visited her studio for a cash donation with the intent that she and her husband would match it. They raised enough money to fund four, $50 loans. She thanked contributors by sending them a set of FINCA’s photo notecards.Ottawa sculptors and painters Mitchell Webster and Janet McKay decided they’d host a fine art show, and contribute a portion of proceeds from the sales of their Bronze and stone sculptures and oil paintings to FINCA.And earlier in the year, FINCA Canada Board Member Jacquie Green helped raise funds for the Make A Stand campaign by hosting a market stall at FINCA Canada’s annual fundraising event, during which she sold her amazing miniature paintings.