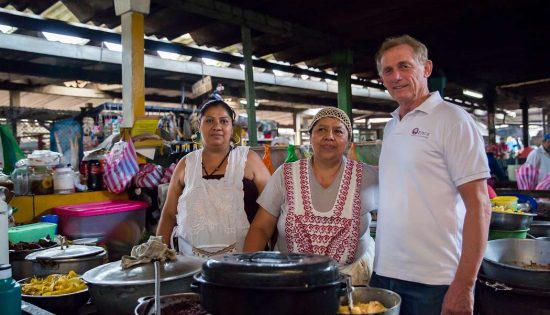 FINCA co-founders, Rupert Scofield and John Hatch shared their memories in a fireside web chat on Wednesday, December 8, 2021. During the talk, they reminisced about their work in the field dating back to the early 1980s. Following some challenges, they succeeded in launching FINCA International in 1984. Eventually, their vision of “village banking” would help many low-income families in Latin America, Africa, and Asia escape poverty.

Rupert and John also talked about milestone events that shaped FINCA’s evolution. Since its establishment, FINCA provided microfinance to small businesses, which had a tremendous impact on reducing global poverty. Evidently, this caught the attention of international development organizations as well as some politicians, who visited FINCA in Nicaragua and Uganda.

The speakers also shed light on how FINCA expanded its operations into several Central Asian countries following the collapse of the Soviet Union in 1991. They also shared their vision for the future and the importance of supporting the “poorest of the poor.”

Click here to view a recording of the event.