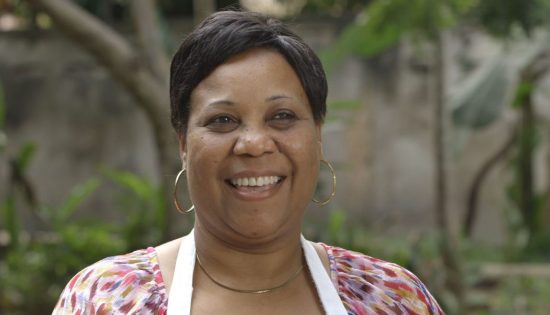 While Jane, Agnes and Brenda are from vastly different parts of the globe, they are mothers who stand united with one common goal: to improve the lives of their children. With the help of FINCA, they have worked hard to grow their businesses and provide their children with safety, security and hope for the future.

In the heart of Dar es Salaam, Tanzania, Jane Hendry has been growing her restaurant to make her dream of a better future for her three children a reality. When Jane first started her business, she did not have enough capital to purchase refrigeration equipment. This required her to wake up early each morning and travel across the city to purchase fresh food for the restaurant.

After hearing about FINCA, Jane secured a small loan to purchase a refrigerator and freezer. Over time, she was able to take out more loans to repair the roof of her kitchen, purchase a car and even expand the seating area in her restaurant to accommodate her growing customer base. The loans she obtained through FINCA have allowed her restaurant, Jane’s Takeaway, to prosper and become a local favorite!

Like any mother, Jane has remained focused on building her business for her children and their future. One of her daughters is currently attending university, and Jane is saving to send her other two children to school as well. A single mother with four daughters, Brenda worked in a clothing factory, toiling long hours with little time to see her children. While she used some of her salary to place her daughters in day care, she worried about their safety and longed for a job that would allow her to see them more often.

I was on my knees begging to God, please let me have a business to take care of my four princesses.

Thirteen years ago, Brenda’s wish came true when she started her own clothing store in Boca Del Monte, Guatemala. After a few years, Brenda learned about FINCA’s Village Banking services, which allow groups of small business owners to take out small loans. Brenda started her own group with other local clothing sellers. These loans enabled Brenda to grow her business, and most importantly, provide for her four princesses. With FINCA’s help, she now sends her girls to school and creates a sense of security, safety and hope for her family. More than 23 years ago, a loan of just a few dollars from FINCA enabled Agnes to transform her life and secure the future of her six children. With her loan, she invested in her small business, growing and selling carrots, potatoes, tomatoes and other produce. Slowly, Agnes’s business grew and she was able to increase her profits and take on additional loans.

All of Agnes’s hard work paid off for her kids. In the 23 years since she received that first small loan, Agnes has used the profits from her business to build a comfortable life for her family, pay school tuition for all six of her children, build two new homes, and care for four grandchildren.